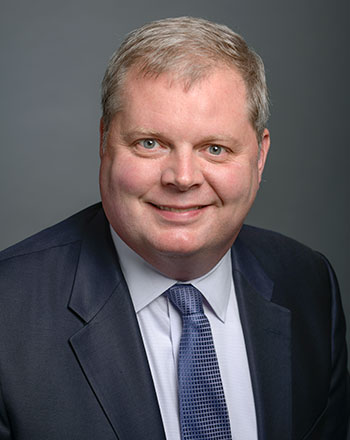 Dr. Jerry McGinn is the Executive Director of the Center for Government Contracting in the School of Business at George Mason University. In this role, he has established and is leading the first-of-its-kind university center for research, education and training, and collaboration on issues facing the $500B+ government contracting community. The Center is currently conducting over $3M in research for the Department of Defense (DoD) and other sponsors. The Center has published influential white papers and commentary pieces and held events on topics such as DoD budget reform, intellectual property policy, industrial base resilience, and defense acquisition best practices. Jerry holds an active TS/SCI clearance.

Jerry is also a trusted strategic advisor sought after for his expertise in U.S. industrial policy, supply chain, the Defense Production Act (DPA), industrial security, export control, foreign military sales, and industrial base policies and he currently serves on the Economic Security Subcommittee of the Homeland Security Advisory Council. Prior to joining GMU, Jerry served as the senior career official in the Office of Manufacturing and Industrial Base Policy in the Department of Defense, leading efforts to analyze the capabilities and overall health of the defense industrial base, including the Presidentially-directed 2017-2018 interagency review of the manufacturing and defense industrial base and DPA activities under Titles I, III, and VII. He also directed hundreds of reviews of high-profile mergers and acquisitions as well as transactions before the Committee on Foreign Investment in the United States.

Dr. McGinn is also a widely acclaimed thought leader and sought-after speaker.  He has published influential RAND monographs and articles in The Hill, Business Insider, Defense News, Defense One, and other outlets.  He has also testified before the U.S. Congress and the UK House of Commons and he has participated in advisory studies for the Economic Security Subcommittee of the Homeland Security Advisory Council, the NATO Industrial Advisory Group, the Defense Science Board, and the Professional Services Council.  He was the only university recipient of the prestigious Wash100 award in 2021 and 2022 and is a GovCon Expert with Executive Mosaic.

Dr. McGinn was commissioned into the U.S. Army and served with distinction as an infantry officer and is a graduate of Ranger and Airborne Schools. He has received numerous civilian and military awards and has earned a Ph.D., M.S., and M.A. from Georgetown University as well as a B.S. from the United States Military Academy.